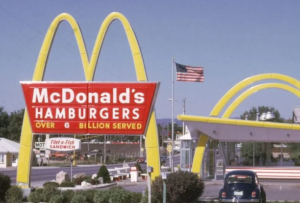 McDonald’s is, hands-down, the most popular fast food restaurant in the US and one of the most popular franchises in the world. Each day, the restaurant serves about 1% of the world’s population, which is a staggering 68 million people. It’s not unlikely that somewhere, someone reading this is eating food from McDonald’s.

McDonald’s is a huge part of life for most Americans, including the president. I, for one, consider myself an expert of the Golden Arches, but even I have to admit that there’s a lot I don’t know about the beloved restaurant.

Here are 19 things you may not have known about the place you’ve been eating all your life.